German mezzo-soprano (and occasional soprano) Christa Ludwig was born in Berlin on 16 March 1928 into a family of professional musicians - her mother Eugenie Besalla-Ludwig sang internationally as a contralto and her father Anton Ludwig was a tenor who became general director of the municipal theatre in Aachen.

Christa Ludwig grew up in Aachen, had voice lessons initially from her mother, and, aged eight, sang a Queen of Night aria from Mozart's The Magic Flute. Later she studied at the Aachen Conservatory and then at Musikhochschule Frankfurt, after the family had moved to Hanau.

From 1946 until 1952 she sang at Oper Frankfurt, where she made her debut at eighteen as Orlovsky in Die Fledermaus. Then, after brief periods with Staatstheater Darmstadt and Staatsoper Hannover, she sang with Vienna State Opera from 1955 for over thirty years, taking on over forty roles and giving many hundreds of performances. She also appeared regularly at the Salzburg Festival and made appearances in Bayreuth, Chicago, London, Milan and New York.

By the 1960s she was generally considered one of the greatest singers of her time, praised and honoured wherever she performed, both for the range of her voice and its rich quality.  Renowned in Mozart, Strauss and Wagner, she made recordings, sang lieder, appeared as soloist in orchestral concerts and became interested in singing contemporary classical work. 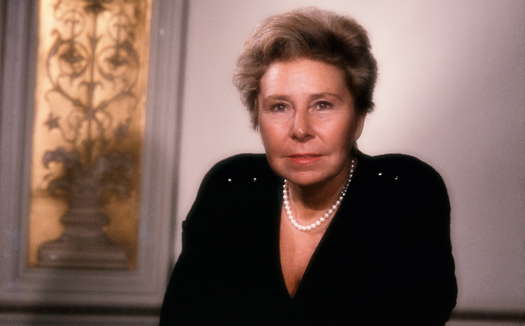 After retiring in 1994 from singing opera live, she taught masterclasses and wrote a memoir :

'Courage is needed to reveal one's own feelings in interpretation and not tell the audience with raised forefinger: "The composer wanted it like this, and no other way".' - Christa Ludwig, translated by Regina Domeraski (In My Own Voice: Memoirs)

A selection of articles about Christa Ludwig