Israeli violinist Ivry Gitlis was born Yitzhak-Meir Gitlis in Haifa on 25 August 1922. His Jewish parents emigrated there from the Ukraine. At five he obtained his first violin and began his studies. Later he had private lessons with Joseph Szigeti pupil Mira Ben-Ami. He travelled to Paris with his mother in 1933 for lessons with Marcel Chailley, and through him was introduced to George Enescu and Jacques Thibaud. He then studied with Jules Boucherit at the Conservatoire de Paris, and, later, with Jacques Thibaud and Carl Flesch.

During World War II he worked in a war factory and then for the artists' branch of the British Army, where he gave concerts in war factories and for Allied soldiers. Afterwards, he appeared with the London Philharmonic Orchestra and then with most of Great Britain's other major orchestras. He came fifth in the 1951 Long-Thibaud Competition, in spite of the scandal caused by a rumour that he had stolen a Stradivarius violin during the war years.

In the 1950s he toured the USA, meeting Jascha Heifetz and playing in concerts conducted by Eugene Ormandy and George Szell. He also made several recordings which won awards.

In 1963, with concerts in Vilnius, Moscow, Leningrad, Kyiv and Odessa, he became the first Israeli violinist to perform in the Soviet Union, as part of a cultural exchange programme with Israel.

In 1972 he founded, organised or was the inspiration for various music festivals - at Alfortville, Bonifacio, Saint-André-de-Cubzac and at Vence (which became well known for its innovative programming).

In 1990, for the 'support of education and culture of peace and tolerance', he became a goodwill ambassador for UNESCO. 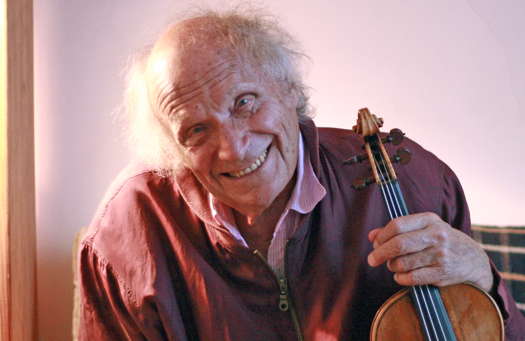 A selection of articles about Ivry Gitlis