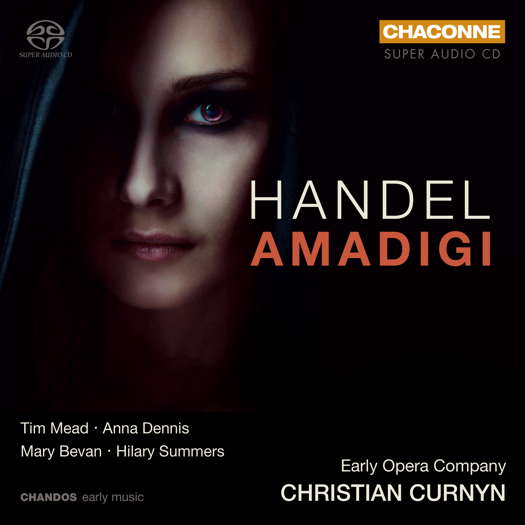 The countertenor Tim Mead leads an all-star cast in the Early Opera Company's recording of Handel's Amadigi di Gaula, conducted by Christian Curnyn. The opera was first performed, in London, in 1715, in the first season under the reign of George I, at the King's Theatre on the Haymarket. The complex, twisting plot features the lovers Amadigi and Oriana, imprisoned by the sorceress Melissa (who seeks Amadigi's love). His ally Dardano turns against Amadigi, his former friend, when he realises that they both love Oriana and he sides with Melissa. Her plans are repeatedly foiled, and true love triumphs at the final curtain! Amadigi is considered the finest of Handel's early London operas in terms of musical sophistication, theatrical pacing, and a perfectly balanced exploration of the interconnected relationships, motivations, and emotional divergences among just four dissimilar yet equally arresting characters.