The most significant element which is under the control of the composer is time. By controlling the way the listener perceives time, a well-written musical composition garners the full attention of the listener to the point that there is no awareness of time passing. There is no way to know how good one’s work is ... Artists are like spiritual conduits who may or may not really know the impact of their efforts ... All our music has to be our best effort, even though we are drowning in distractions and our culture has transmogrified into a visual, gawking obscenity. - Paul Reale

American composer Paul Vincent Reale was born in New Jersey on 2 February (or possibly 2 March) 1943. He studied composition privately with Chou Wen-Chung, and then at Columbia College with Otto Luening and Chou Wen-Chung. Later, at the University of Pennsylvania, he was influenced by George Rochberg and George Crumb. From 1969 he lectured in the Music Department at UCLA, later becoming a professor. He retired in 2004. 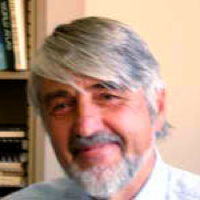 His many works include an opera, The Ballad of the Sleazy Palace Cafe, compositions for orchestra, wind band, concertos, stage music, choral, vocal and chamber pieces, and solo works for piano, organ, harpsichord and guitar.

A selection of articles about Paul Reale

CD Spotlight. Particularly Arresting - Further music by the recently deceased American composer Paul Reale impresses Geoff Pearce. 'Although these works are in an unmistakably modern idiom, they are exciting, fresh and performed with panache.'

CD Spotlight. Passion and Conviction - Music by Paul Reale, heard by Geoff Pearce. '... the musical material evolves as it goes ...'