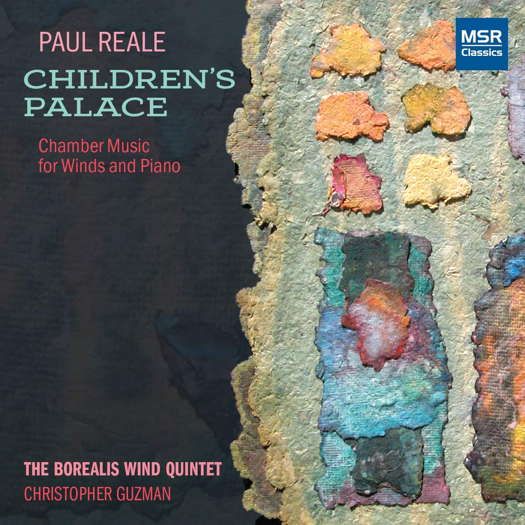 'The performances are, as a whole, very good, and certainly all the performers bring their own flavour and characteristics to this selection.'

Paul Reale is a living American Composer (born 1943) and I have previously reviewed a disc of his music, so I received this disc with interest. He has written a wide range of music and is influenced by a variety of cross cultural sources.

Children's Palace is one such work. Essentially a sonata for flute and piano, it was written in 1983 after a trip to China. The CD notes explain what a 'Children's Palace' is, and how the influences are portrayed in this work.

The opening movement, 'Welcome', is cheerful and playful, but has many quite reflective sections too. It portrays, I think, the melange of sounds and exuberance that one might experience on entering one of these palaces. The music is largely tonal, and is not at all hard to listen to.

The second movement, 'Repose and Romp', starts off, as the title suggests in a quiet and reflective mood. This dissolves into a livelier section. One hears, from time to time, fragments of recognisable tunes or styles, but these are fleeting fragments and the direction is constantly changing.

The Sonata for oboe and piano consists of three movements: 'Smiling Chimera', 'Aura Lea' and 'Flea Circus'. As with the other works here, the performances are very good. It is quite a challenge, as the mood changes constantly and a lot of the little flourishes would be quite difficult to play, but it is a fun piece for the listener, and certainly a most welcome addition to the repertoire. The first movement ends with a cor anglais, and the second movement begins with it. This is good writing, as in performance, very often a composer will require the oboist to play both instruments, but gives insufficient time to change between the two and have the instrument warm. This problem is cleverly avoided here.

Transfiguration for clarinet and piano is essentially also a sonata, and is about themes which are constantly changed and concealed in the work. Although it is in three movements, the same thematic material is used throughout. Each movement is called a 'Stage'. This is an engaging work, and the composer shows that he can really write effectively for this instrument. This is probably the work I like the best on this disc.

Horn call for horn and piano is, as its name suggests, an announcement. It is in one movement lasting just over 4½ minutes, it is quite dramatic, and I think it would make a great encore piece in a horn recital, since the moods are quite wide-ranging.

Paul Reale breaks the chant from which the Sonata for Bassoon and Piano, 'Dies Irae' is derived into four note fragments. Again the writing is effective, the work is quite interesting to listen to, and the sonata is a very useful addition to the repertoire.

Finally, Eleven Miniatures for Wind Quintet are all very short, and the whole piece takes under ten minutes to perform. The composer describes this work as being 'a humorous lagniappe satirizing numerous aspects of the chamber music for winds of the Paris Conservatory of the late 19th and early 20th century'. This would be quite apparent for anyone who may have played wind quintets from that period. I enjoyed this work, and think that it would engage most people.

The performances are, as a whole, very good, and certainly all the performers bring their own flavour and characteristics to this selection. I found it a very interesting and entertaining disc.

The background image on this page is constructed from an assembly of jumbled coloured characters.