Polish-born British violinist Ida Haendel began her life on 15 December 1928 in the city of Chełm in Eastern Poland. At three she picked up her sister's violin and started winning competitions.  By the age of seven was competing with Ginette Neveu and David Oistrakh at the first Henryk Wieniawski Violin Competition. She studied with Carl Flesch in London and George Enescu in Paris, and became well known during World War II, playing for British and American troops and in factories.

She toured Europe annually, appeared regularly in Asia and South America, and lived in Montreal from 1952 until 1989, performing with Canadian orchestras.  In 1973, following China's Great Proletarian Cultural Revolution, she became the first Western soloist to perform there, alongside the London Philharmonic Orchestra.  She was particularly associated with Romanian conductor Sergiu Celibidache, but also performed with many other well-known conductors, including Eugene Goossens, Georg Solti and Rafael Kubelik. 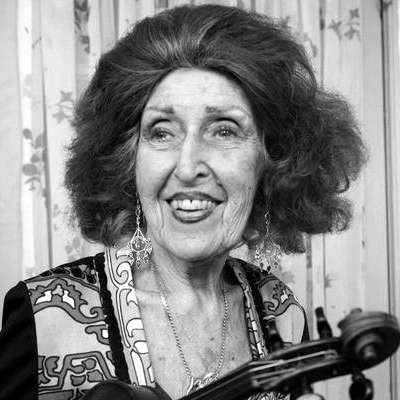 Amongst other achievements, she appeared at the London Promenade Concerts sixty-eight times, performed for Pope Benedict XVI in Auschwitz-Birkenau in 2006 and played at the Sagra Musicale Malatestiana in Italy in 2010.

Ida Haendel lived in Miami, Florida, where she was connected with the Miami International Piano Festival, and where she died on 30 June or 1 July 2020, aged ninety-one.

A selection of articles about Ida Haendel