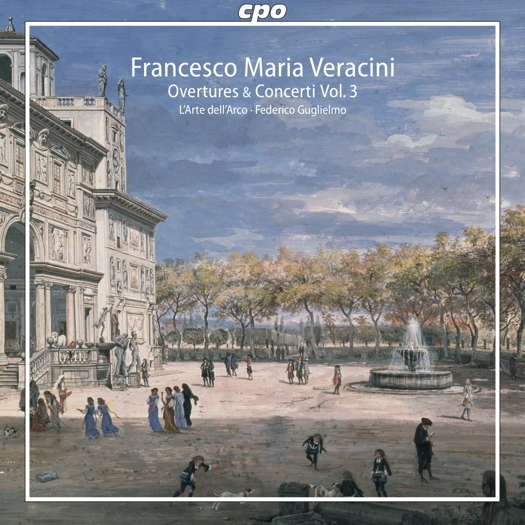 Fifteen years after our first CD featuring works by Francesco Veracini and two years after the release of the second such CD, cpo is now releasing the third production by L'Arte dell'Arco in this series combining a complete edition of this composer's overtures with some of his most interesting sonatas both from the collection published without an opus number in 1716 and from his Opus 1 of 1721. When Veracini's compositions are brought together in this way, the various characteristics of his writing style come into clearer focus. The festive manner of the overtures, often shifting to a more lavish style of greater folk character, yields to a chamber-musical stance in the sonatas and with it to a clearer picture of Veracini's sophistication and contrapuntal talent. The manuscripts of the six overtures are in the holdings of the Conservatorio Benedetto Marcello in Venice. Veracini presumably composed them in 1716, while residing in the City of the Doges, but it is also quite possible that they enjoyed great success both in Dresden and in London.