An annual celebration of the great British composer
takes place in Worcester and Malvern, UK, during May

The city of Worcester's most famous son - internationally-renowned composer, Sir Edward Elgar - is recognised annually during a four-day musical celebration, 'The Elgar Festival', headlined by Orchestra-in-Residence, the English Symphony Orchestra under their conductor, Kenneth Woods.

Embodying the ethos 'Elgar for Everyone', the Festival engages with those of all ages and backgrounds in music and legacy at a number of integral venues of both historic international interest and personal significance to the composer. These include Worcester Cathedral, Malvern Priory and the composer's birthplace, and attracts visitors from far and wide.

The Elgar Festival is an annual celebration of the life and music of Worcester's most famous son and one of Britain's greatest composers, Sir Edward Elgar (1857-1934). Set in and around the composer's home city at the time of his birthday, the event comprises symphonic and string orchestra concerts by the resident English Symphony Orchestra (ESO), alongside chamber and choral concerts and recitals. Guided 'Elgar Tours' and related workshops, street performances, exhibits and talks are also enjoyed by visitors and locals alike.

Detail of the Edward Elgar statue in Malvern

Since its inauguration in 2018 - and lauded as 'Critic's Pick' in both The Guardian and The Times - the festival has doubled in size and scale through an innovative development programme of broad appeal. 'As well as strengthening our organisation and building on the excellence of our artistic programme, we seek to further develop the "Elgar for Everyone" ethos and expand our audiences, with emphasis on youth participation and accessibility', explained Artistic Director and Principal Conductor, Kenneth Woods. 'The 2020 Festival will seek to build on previous successes, with new initiatives such as the introduction of an Elgar Festival Chorus, the Enigma Youth Choir, and late-night jazz and non-classical performances at Club Elgar in the Royal Porcelain Works.'

Of all the great British composers, there can be few places that have as strong a musical resonance as Elgar's Worcestershire; from the spectacular walking country of the Malvern Hills, the Victorian splendour of the spa town of Malvern and its Abbey, the majestic Cathedral of the county town itself, and the magic of a visit to the composer's country cottage birthplace. The Festival provides the perfect stimulus to explore these iconic locations, and to hear Elgar's music in situ; often an overwhelming experience for all those involved.

The Festival's Gala Concert will feature the Elgar Festival Chorus; a group of singers brought together especially to showcase Elgar's major choral works; this programme, 'The Spirit of England', also features Elgar's Symphony No 1 performed by the ESO, a work regarded as one of the finest British symphonies.

An unmissable programme in Worcester Cathedral, entitled 'On the Road with Edward Elgar', will present some of the composer's lighter, popular works featuring music inspired by place and travel, including both Cockaigne and In the South Overtures, and the stirring March from The Crown of India, by way of musical diversions to Germany and Spain.

Two new late-night Club Elgar concerts at Henry Sandon Hall in the Royal Porcelain Works provide a platform to enjoy performances in a laid-back atmosphere until midnight. In-demand jazz musicians, including the Misha Mullov-Abbado Group, featured artists on BBC Radio 3, will be a 'hot ticket'.

The final afternoon culminates with the combined forces of the ESO Youth Orchestras, and the newly created Enigma Youth Choir directed by Daniel Perkin, who is Musical Director of Welsh National Youth Opera, in the Festival's 'Elgar for Everyone' Family Concert; an opportunity for new generations of choral singers to participate in Elgar 'live' and to enjoy an informal pizza picnic beforehand.

The Festival's commitment to increasing the presence of music by living British composers will be demonstrated by the regional premiere of the new Requiem by internationally-celebrated Worcester-based composer, Ian Venables, featuring the acclaimed choir of Merton College Oxford in Malvern Priory, as well as in works by Visiting Composer, Adrian Williams. 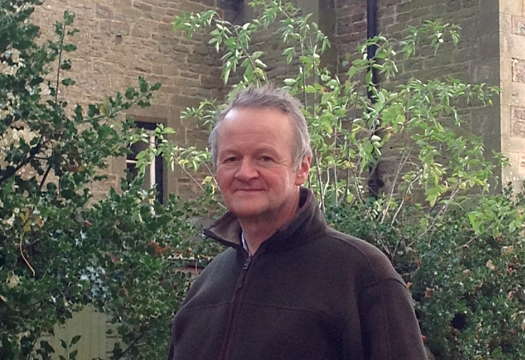 Based in neighbouring Herefordshire, Williams is the English Symphony Orchestra's John McCabe Composer-in-Association for 2019/20 - as part of this year of Williams' music, Migrations, a major work from 1998 for string orchestra, will be performed at the ESO's concert on 29 April 2020 in Great Malvern Priory. The Elgar Festival Gala Concert on 30 May 2020 features Adrian Williams' 1998 BBC commission, Dies Irae, one of his strongest earlier works, powered by concern about the destruction of the natural world. There's also a chance to hear Adrian Williams as a performer - he will play in his new Piano Quintet on 28 May, and his piano improvisation skills will be on show at the Elgar Festival's 'Improvising with Elgar' event.

This year's Elgar Festival, 28-31 May 2020 in the towns of Worcester and Malvern, Worcestershire, England, has sadly been cancelled, due to the COVID-19 Pandemic. Further information: elgarfestival.org

The background image on this page is derived from a photograph of Elgar country - looking west in Worcestershire, England from the Suckley Hills towards Martley - by Keith Bramich.