American soprano Jessye Norman was born on 15 September 1945 in Augusta, Georgia, into a family of amateur musicians, beginning piano lessons when she was young, showing talent as a singer and singing gospel songs in church at the age of four. At sixteen she took part in the Marian Anderson Vocal Competition in Philadelphia. She didn't win, but showed enough promise to be offered a scholarship to study at Howard University in Washington DC, where she studied voice with Carolyn Grant, sang in the university chorus and professionally as a soloist at church.

After graduating she moved to Europe, won the ARD International Music Competition in Munich and was given a three-year contract with Deutsche Oper Berlin, where she made her operatic debut as Elisabeth in Tannhäuser, and was praised by critics as having 'the greatest voice since Lotte Lehmann'. She continued to perform with German and Italian opera companies. In 1971 she appeared on a recording of Mozart's The Marriage of Figaro with Colin Davis and the BBC Orchestra which made the finals of the Montreux International Record Award. In 1972 she appeared at La Scala, Covent Garden, the Hollywood Bowl and Tanglewood, and toured the USA.

She moved to London in 1975 and concentrated on recital and concert work. Over the next few years she established herself in Europe, appearing at Edinburgh, Salzburg and Aix-en-Provence, and touring recital programmes.

She returned to the operatic stage in 1980 as the title role in Ariadne auf Naxos at Hamburg State Opera. In 1982 she made her US operatic debut, and in 1983 she first appeared at New York Metropolitan Opera. By the mid 1980s she was one of the world's most popular and critically acclaimed dramatic sopranos. 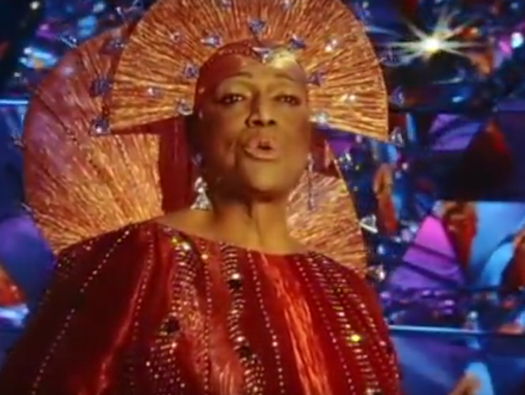 She sang at two American presidential inaugurations, at UK Queen Elizabeth II's sixtieth birthday celebration, at the two-hundredth anniversary of the French Revolution, at Tchaikovsky's 150th Birthday Gala in Leningrad and for the seven-hundredth celebration party of Swiss National Day.

She made many recordings and television appearances, and also worked with less familiar repertoire such as Schoenberg's Gurre-Lieder and Erwartung, Bartók's Bluebeard's Castle and Poulenc's La voix humaine.

In the mid-1990s and early 2000s, now living back in the USA, she began to sing mezzo roles, and appeared in various jazz crossover projects, including taking performances of the sacred music of Duke Ellington to Vienna and London. She also sat on the boards of many influential arts and charitable organisations. She returned to Augusta and funded a pilot school of the arts for children in Richmond County. A documentary film was made about her life and career.

In April 2018 she became the twelfth recipient of the Glenn Gould Prize for her contribution to opera and the arts.

A selection of articles about Jessye Norman

Ensemble. A Passionate Attraction - The Cleveland Orchestra in Miami, reviewed by Lawrence Budmen