He was leader of Leslie Head's Kensington Symphony Orchestra for a while at the end of the 1950s and then was leader of the Birmingham Symphony Orchestra from 1963 until his appointment as leader of the London Symphony Orchestra in 1965. He remained with the LSO until 1973, during which time he gave the first London performance of Bartok's Violin Concerto No 1 and the first English performance of Gian Carlo Menotti's Violin Concerto. In 1972 he became musical director of the London Virtuosi Chamber Ensemble, which he formed with oboist Anthony Camden, cellist Douglas Cummings and flautist James Galway. This became the London Virtuosi Chamber Orchestra.

During the next few years, beginning with education work for the Royal Liverpool Philharmonic Orchestra, he began his conducting career and continued to work as a solo violinist. In 1977 he retured to the LSO as leader, where he met and worked with Sergiu Celibidache and decided to study with the Romanian conductor for eight years. He also instigated the tradition of a London New Year's Concert at which he appeared as conductor, Viennese-style, with the LSO or the RPO, for forty years, until 2015.   He recorded E J Moeran's Violin Concerto with the LSO, and his recording of the solo part of Ein Heldenleben by Richard Strauss has been highly praised.

From 1982-4 he was music director of the Bristol Sinfonia, and from 1982-93 he was principal conductor of the Essex Youth Orchestra. From 1987 until 1990 he was first violinist with the Gabrieli Quartet, and from 1989-92 was Director of Orchestral Studies at the Royal Academy of Music and a guest conductor with Australia's Queensland Symphony Orchestra. From 1994-6 he was music director and conductor of the Bangkok Symphony Orchestra, using his experience to increase the standard of the orchestra considerably.

'... the orchestra's efforts culminated in two golden years when - with John Georgiadis as Musical Director - the repertoire was enlarged and fine performances were given of works that would previously have been quite impracticable ...' - The Bangkok Post

He helped to set up the Malaysian Philharmonic Orchestra and became a regular guest conductor, also of various other orchestras around the world. 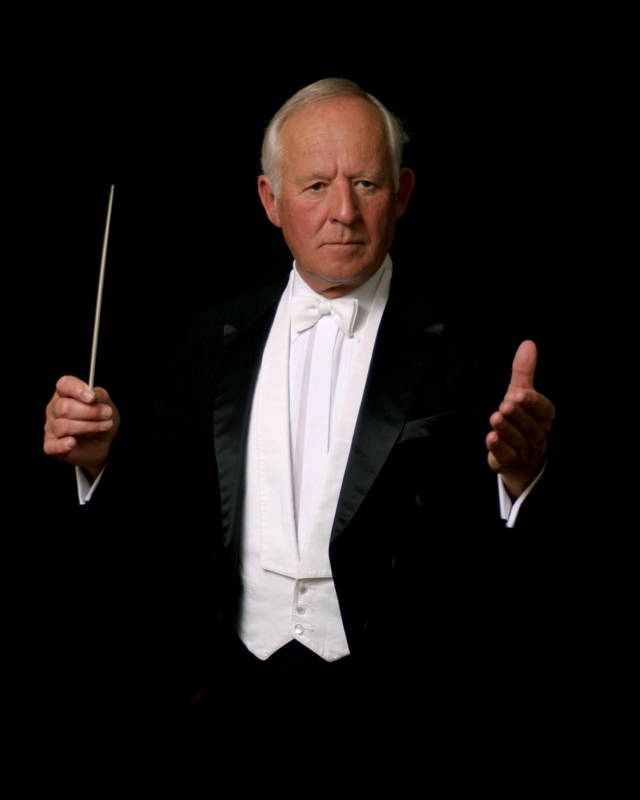 Georgiadis gave up playing the violin professionally in 2010, allowing him to concentrate on conducting, arranging and orchestration. He completed The Prelude of Siam by Thai composer Prasidh Silapabanleng at the request of the composer's son in 1999 and also arranged music by other Thai composers. His arrangements of Viennese music are frequently performed.

He was archives guardian and librarian of the Johann Strauss Society of Great Britain, and also dabbled in acting for film and TV.  He published his autobiography, Bow to Baton: A Leader's Life, in 2019.  He was also interested in golf, cycling, computer and internet activities, which included website design - he redesigned the Deal Festival website and created Musicians Gallery and Viennese Music Library.

John Georgiadis was operated on to remove a brain tumour in 2019, and died on 5 January 2021, aged eighty-one.

A selection of articles about John Georgiadis

CD Spotlight. Lost Gems Unearthed - Gerald Fenech listens to music by contemporaries of the Strauss family. 'John Georgiadis deserves immense credit not only for his painstaking research and wonderful arrangements, but also for his vibrant and energetic conducting that breathes new life into an era that once celebrated life with an unparalleled exuberance.'