Spanish composer and teacher José Evangelista was born in Valencia on 5 August 1943. Whilst studying for a degree in computer science, he also took music courses at the Conservatorio Municipal de Valencia, where his teachers included Vicente Asencio, and he won a composition prize in 1967.

He moved to Canada in 1969, settling in Montreal and studying with André Prévost at the Université de Montréal. Later he studied composition with Bruce Mather at McGill University.

He helped to found two concert societies - Les Événements du neuf, dedicated to avant-garde music, and Traditions musicales du monde, promoting non-Western music. His interest in the music of Southeast Asia is reflected in varius of his compositions, and he lived for a while in Indonesia and Burma.

During his career he was composer-in-residence at the Darmstädter Ferienkurse in Germany (1984) and at the Yogyakarta-based Akademi Musik Indonesia in 1986. 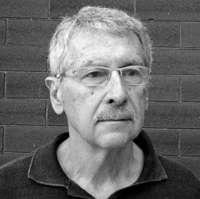 He taught in the music faculty at the Université de Montréal from 1972, where his pupils included the Argeninian composer Analia Llugdar.