British composer and teacher Simon Bainbridge was born in London on 30 August 1952 and studied at the Royal College of Music with John Lambert and then at Tanglewood with Gunther Schuller. He began to make his name as a composer while still a student, with Spirogyra (1970) which was performed at the 1971 Aldeburgh Festival. This led to a commission for the Yale Quartet from Andre Previn for a string quartet for the 1972 South Bank Summer Music Festival.

From 1999 until 2007 he was head of composition at the Royal Academy of Music in London, and continued to teach there later as a senior composition professor. He  also taught at Yonsei University, Seoul, South Korea and at Juilliard, Yale and the Boston and New England music conservatories in the USA. 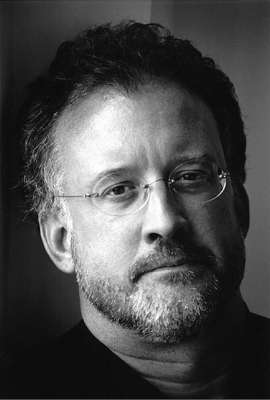 Other notable works include Chant (a re-working of Hildegard of Bingen for 12 amplified voices and orchestra, first performed in York Minster by the BBC Singers and BBC Philharmonic in 1999) and Voiles (2002, for solo bassoon and twelve strings, commissioned by Radio France for Pascal Gallois, and performed by him in France and the UK).

Simon Bainbridge died during the evening of 2 April 2021, aged sixty-nine.

A selection of articles about Simon Bainbridge