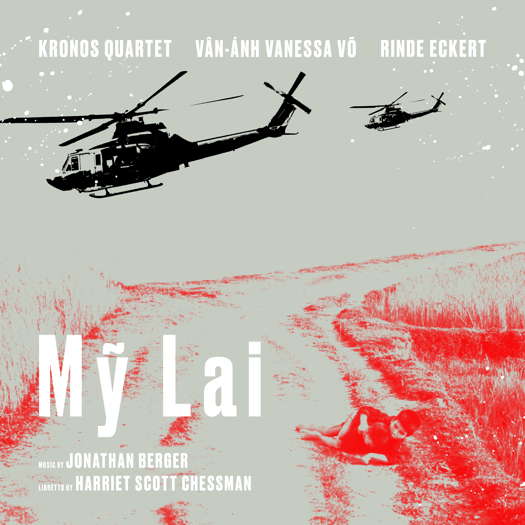 Mỹ Lai (to a libretto by Harriet Scott Chessman)

Mỹ Lai centers on Warrant Officer Hugh Thompson, the US Army helicopter pilot who intervened in the US Army massacre of over 500 unarmed South Vietnamese civilians – nearly half of them children – in the hamlet of Mỹ Lai on 16 March 1968. Appalled by what he saw, Thompson interceded by reporting the incident, landing his helicopter between the civilians and the troops in an attempt to prevent further bloodshed, and threatened to open fire on soldiers from his own country. Failing to stop the carnage, he flew a wounded child to safety, and his subsequent refusal to remain silent about the massacre forced an inquiry and trial that shocked the nation, yet it left Thompson vilified as a disloyal outcast for much of his life. Today marks the anniversary of the massacre. The recording is dedicated to the memory of Larry Colburn, one of the three soldiers on the helicopter, who attended the world premiere performance of Mỹ Lai in Chicago. 'The musical materials of Mỹ Lai are largely derived from a prayer recited near the conclusion of Yom Kippur, the Jewish Day of Atonement, beseeching pardon before the doors of judgment close', says composer Jonathan Berger. 'The musical reference is used in the scenes where Thompson opens the helicopter door in an attempt to stop the massacre, and in the surreal television game show in which he becomes an unwilling contestant forced to guess what's behind a hidden door.' The monodrama is set in a hospital where Thompson is dying from cancer. Feeling neither heroic nor particularly proud of what he did, he grapples with the memories of his naïve, idealistic attempt to stop the carnage in an effort to seek closure and resolution on one of the darkest moments of the Vietnam War.