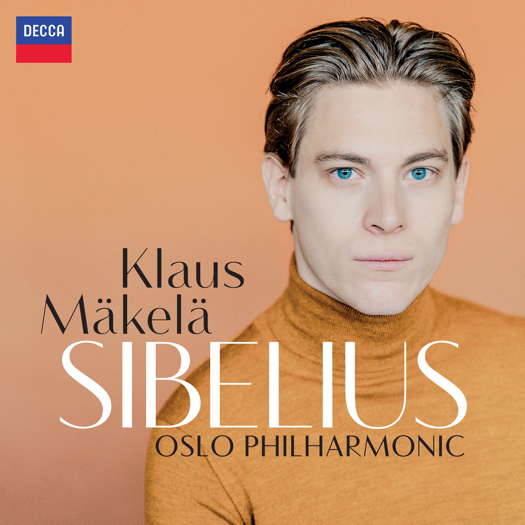 Finnish conductor Klaus Mäkelä's debut album Sibelius, a complete cycle of Jean Sibelius' symphonies, plus the tone poem Tapiola and 3 Late Fragments. Mäkelä, who recently became the first conductor to sign to Decca since Riccardo Chailly, directs the Oslo Philharmonic, an orchestra with a deep, historic connection to the music of the Finnish composer. The project began as a nine-month exploration of the Sibelius symphonies to mark Mäkelä's inaugural season with the Oslo Philharmonic as Chief Conductor but, with Covid cancellations, turned into a completely immersive recording project. With the orchestral season disrupted, Mäkelä and the orchestra devoted much of the Spring of 2021 to playing nothing but the music of Sibelius. Says Mäkelä, 'We played, played, played and then recorded. Sibelius' music, like that of any composer, is a language you have to learn and the circumstances under which we recorded actually played to our advantage.' The Oslo Philharmonic has been performing the music of Jean Sibelius for over one hundred years, with the composer himself conducting three concerts of his music in 1921. Mäkelä taps into the orchestra's rich tradition of interpreting Sibelius’ symphonic works in the century since. He refers to the 'darkness, power and strength' in the ensemble’s string playing, drawing a link with the Russian tradition instilled into the orchestra by former Chief Conductor Mariss Jansons. Sibelius not only reimagined the structure and grammar of orchestral music at the turn of the twentieth century, he was also the first composer to give the Nordic region its own musical language, distinct from the dominant German symphonic tradition at the time. Alongside artist Akseli Gallen-Kallela, Sibelius became a cultural icon in the Finnish Nationalist movement and interpretations of his works are inextricably linked to the distinguished line of conductors who grew up in Finland after the composer. As a freelance cellist guesting in Helsinki's symphony orchestras, Mäkelä experienced Finland's Sibelius tradition first-hand. 'I have great admiration for those colleagues who performed cycles before me and I learned precious lessons from those I played under', the conductor says. Mäkelä studied conducting at the Sibelius Academy with Jorma Panula and cello with Marko Ylönen, Timo Hanhinen, and Hannu Kiiski. In addition to his work as Chief Conductor of the Oslo Philharmonic, he is Music Director of the Orchestra de Paris and Artistic Director of the Turku Music Festival. As a guest conductor, Mäkelä appears this season with orchestras including the Chicago Symphony, Cleveland Orchestra, Concertgebouworkest, London Philharmonic, Symphonieorchester des Bayerischen Rundfunks, and Münchner Philharmoniker. The album release will be followed in May and June 2022 by the Oslo Philharmonic's first European tour with Mäkelä. In addition to complete Sibelius cycle residencies at the Vienna Konzerthaus and Hamburg Elbphilharmonie, they will perform Mahler at the Paris Philharmonie and join Norwegian soprano and fellow Decca artist, Lise Davidsen, on stage at the London Barbican. Dominic Fyfe, Label Director of Decca Classics, says, 'Klaus is only the third conductor to have signed exclusively to Decca Classics in its ninety-three year history, following Solti in 1948 and Chailly in 1978. He is a born conductor: confident, charismatic but also a musician's musician. He has authority without arrogance and a knowledge of the music and sensitivity to the psychology of playing which has won him the respect of orchestras worldwide.'