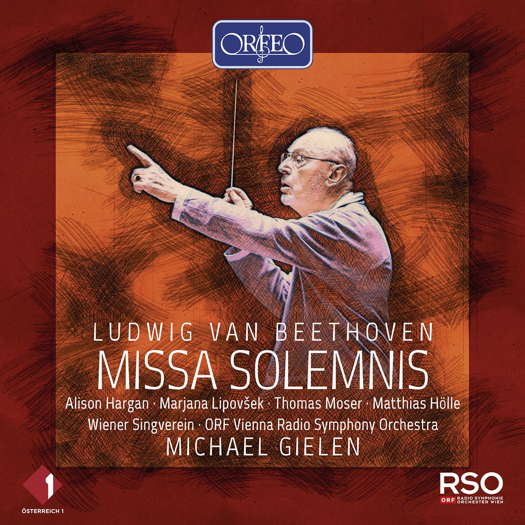 'The orchestra is magnificent and the choir rises to the occasion with some impassioned singing. Top of the list are the four soloists, whose renditions are nothing short of impressive and iridescent.'

Beethoven started composing this landmark choral work in 1819 when he got to know that his patron and pupil, Archduke Rudolph, was going to be appointed Cardinal Archbishop of Olmutz. Beethoven's ardent wish was to have the Mass ready for performance at the enthronement celebrations in March 1820, but one year proved to be too little for such a huge undertaking to be completed. It took almost three more years for the Mass to be finished in January 1823. The premiere had to wait further, but when it did take place on 7 April 1824 in a charity concert of the Philharmonic Society St Petersburg, it caused not a bit of consternation.

Initially Beethoven was very much oriented towards the liturgical setting, but his revolutionary spirit and the symphonic composer in him must have got the better of his genius. As might be expected, this Mass was unparalleled in every respect, and although composed for use during church services, most of Beethoven's contemporaries found that it exceeded the bounds of the genre. Even Beethoven was sort of surprised at the way things turned out, and in a letter, he later admitted that the dimensions and musical language were groundbreaking. He even described it as his greatest work. Indeed, it is a creation which over its course encapsulates great contrasts.

In the Missa Solemnis Beethoven succeeded in upgrading the choral traditions of Bach and Handel with his own ineffable style to create a startlingly original and dramatic megawork. By turns intimate and deeply moving, it is, maybe, apart from the last quartets, his most avant-garde composition.

With superb skill Beethoven marshals the disparate elements of liturgical, secular and operatic expression in a wholly innovative and compelling way. From the jubilant Gloria with its ecstatic outbursts, to the shimmering Benedictus with its soaring, heavenly solo violin, it is an uplifting experience.

There is also an unexpected surprise in the Agnus Dei, where the serenity is shattered by a terrifying militaristic bang that gradually dissipates into a radiant conclusion.

This 1985 recording by Michael Gielen has many things going for it despite keen competition from some top conductors of the time. Indeed, he leads a deeply devotional performance, and his broad overview of the music is highly commendable. The orchestra is magnificent and the choir rises to the occasion with some impassioned singing. Top of the list are the four soloists, whose renditions are nothing short of impressive and iridescent. Maybe not a real front-runner, but a solid and tightly-knit version nonetheless. If you are not acquainted with this immense masterpiece, this is a good place to start. Sound and notes are excellent.

The background image on this page is derived from a woodcut of the drawing by Austrian painter Vinzenz Katzler (1823-1882) of the keystone placing ceremony at the Vienna Musikverein on 1 March 1870.