German pianist and conductor Lars Vogt was born in Düren on 8 September 1970 and studied with Karl-Heinz Kämmerling at the Hochschule für Musik und Theater Hannover.

His career as a recitalist and performer of concertos took off after he won second prize at the 1990 Leeds competition, and he went on to become one of the leading musicians of the first decades of the 21st century, known particularly for his versatility and wide-ranging repertoire, which included Bach, Beethoven, Brahms, Erkki-Sven Tüür, Grieg, Janáček, Volker David Kirchner, Thomas Larcher, Witold Lutosławski, Kryštof Mařatka, Mozart, Rachmaninov and Tchaikovsky.

In 1998 he founded the Heimbach Music Festival, which takes place in an art-nouveau hydroelectric power plant in the Eifel Hills in the west of Germany, near Belgium, and is known as 'Spannungen' (tensions).

In 2003 he became the Berlin Philharmonic Orchestra's first ever 'pianist in residence'. and his special relationship with the orchestra continued with regular collaborations.

In 2005 he created Rhapsody in School, an educational programme which brought his colleagues into Austrian and German schools, connecting world-class musicians with school children to re-enforce music as an essential life force in the community.

In May 2019 he led the Mahler Chamber Orchestra on a tour of France and Germany, with concerts in Berlin, Frankfurt and Paris. He also conducted the Zurich Chamber Orchestra, Camerata Salzburg, Deutsche Kammerphilharmonie Bremen, the Hannover Opera Orchestra, Frankfurt Museumorchester, the Warsaw Philharmonic and the Sydney, Singapore and New Zealand symphony orchestras.

From 2015 until 2020 he was music director of the Royal Northern Sinfonia, based in Gateshead, UK, continuing later as the orchestra's Principal Artistic Partner.

From 2020 he was music director of the Orchestre de chambre de Paris. 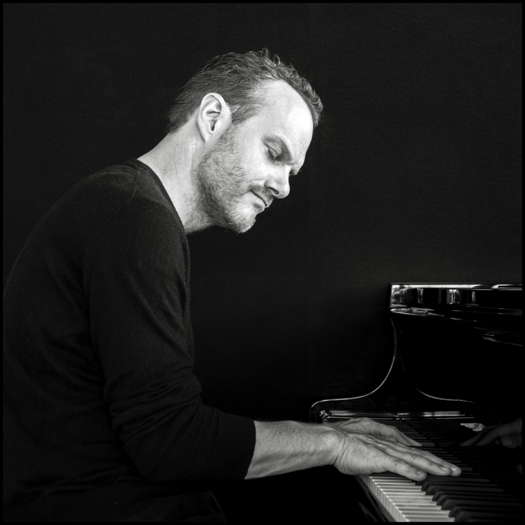 During a performing career which lasted more than thirty years, he recorded for Ondine, Avi Music and EMI/Warner Classics, and won the Brahms-Preis and the Echo Klassik award.

Lars Vogt was diagnosed with cancer in February 2021, but continued to perform in between chemotherapy sessions.   He died peacefully, surrounded by his family, on 5 September 2022, aged only fifty-one.

A selection of articles about Lars Vogt

CD Spotlight. Distinctly Continental - Patrick Maxwell listens to Brahms from Lars Vogt and the Royal Northern Sinfonia. '... carried off with impressive dexterity by the players ...'

Ensemble. Tanglewood and Beyond - The sounds of summer in the Berkshires, reviewed by Lawrence Budmen

One year on - Lars Vogt talks to Tess Crebbin about his late friend and partner, the cellist Boris Pergamenschikow