DISCUSSION: Defining Our Field - what is 'classical music' to us, why are we involved and what can we learn from our differences? Read John Dante Prevedini's essay, watch the panel discussion and make your own comments.

'... some of the most anguished, most memorable music around.' - The New York Times

American neo-romantic composer Christopher Rouse was born on 15 February 1949 in Baltimore, Maryland. He began composing in 1956, and studied with Richard Hoffmann at Oberlin Conservatory, privately with George Crumb, and with Karel Husa at Cornell University. 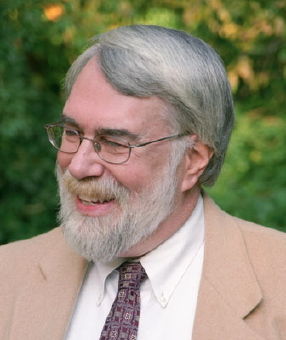 He taught at the University of Michigan (Ann Arbor) from 1978 until 1981, the Eastman School of Music (1981-2002) and at Juilliard from 1997. His students included Michael Torke, Nico Muhly, Kevin Puts and Kamran Ince.

Known best for his orchestral music, including six symphonies, twelve concertos and a ninety minute Requiem (2001-2), he also wrote for various other ensembles, including chamber music, solo works, and music for percussion ensemble. Often he sought to integrate tonal and non-tonal harmonic worlds, incorporated electric guitar and rock motifs, and spoke of writing loud music 'to convey a sense of expressive urgency'.

He died from cancer at a hospice in Towson, Maryland on 21 September 2019, aged seventy.

A selection of articles about Christopher Rouse

CD Spotlight. A Master Orchestrator - The New York Philharmonic plays Christopher Rouse, highly recommended by Geoff Pearce. '... a fantastic whirl of sound and energy, guaranteed to make the most jaded listener sit up on the edge of the seat.'