Chinese-born British pianist Fou Ts'ong was born in Shanghai on 10 March 1934, one of two sons born to Zhu Meifu, who was from a prominent Chinese family. Fou Ts'ong was exposed to Western classical music when he was very young, whilst his father Fou Lei, a famous translator of French literature, was working in France.

His first piano teacher was Italian pianist and conductor Mario Paci, who helped to establish Western classical music in China and founded the Shanghai Symphony Orchestra. Fou's first public concert was in Shanghai, playing Beethoven's Emperor Concerto in 1951. Two years later he won third prize in the Enescu Competition in Bucharest and moved to Warsaw to continue his studies with Chopin expert Zbigniew Drzewiecki at the State College of Music, resulting in two prizes at the fifth Chopin Competition.

By 1959, having settled in London, Fou appeared at the Royal Albert Hall with Carlo Maria Giulini, and, a couple of years later, with the New York Philharmonic and Paul Paray. Whilst he was in London, his intellectual parents, persecuted at the start of Maoist China's Great Proletariat Cultural Revolution, committed suicide in 1966.

In 1967 Fou played the Grieg A minor Piano Concerto at the first night of the London Promenade Concerts with Colin Davis and the BBC Symphony Orchestra. It was around this time that he also played in a trio with Hugh Maguire and Jacqueline du Pré. 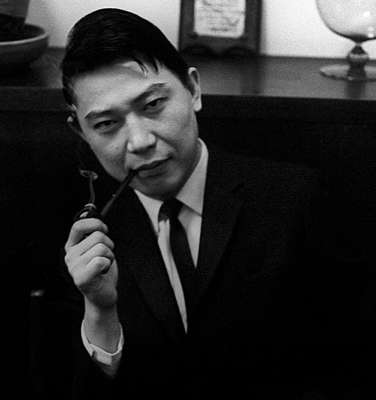 Although there was some early criticism for heavy playing, his performances were celebrated by both critics and fellow pianists. He recorded for various  labels, including the Chopin Mazurkas for Sony. He also joined Daniel Barenboim and Vladimir Ashkenazy in performing Mozart's K 242 three piano concerto with the English Chamber Orchestra.

Fou Ts'ong died from COVID-19 in London on 28 December 2020, aged eighty-six. He had been the first Chinese pianist to become known internationally, and remains an inspiration for many who followed:

'It's hard to believe the death of the master. Classical music is eternal and he will be with us forever with the music he performed, which will become eternity. We will follow his steps and keep on playing music. I hope that those beautiful music pieces will be with you in heaven. RIP.' - Yundi Li, writing in Sina Weibo

A selection of articles about Fou Ts'ong