'Jane Manning, a distinctive English soprano and enthusiastic advocate of modern song, was born on 20 September 1938. Her support and performance of contemporary music has assisted many composers, in live performance, broadcast, and on record.' - Basil Ramsey

English soprano Jane Manning was born and grew up in Norwich. She studied at the Royal Academy of Music in London and at the Scuola di Canto in Cureglia, Lugano, Switzerland.

Her London debut was at a Park Lane Group concert in 1964. Specialising in contemporary music, she broadcast Schoenberg's Pierrot lunaire for the BBC in 1965. She married English composer Anthony Payne in 1966, who is best known for his completion of Elgar's Symphony No 3, and Manning and Payne created the ensemble Jane's Minstrels in 1988.

Notable amongst her more than three-hundred-and-fifty first performances have been her role as Max in Oliver Knussen's 1980 opera Where the Wild Things Are, and in Requiem Sequence (1971) and Voyage (1972) by John McCabe. In 1979 she commissioned the opera King Harald's Saga from Judith Weir.  Jane Manning recorded and broadcast extensively. 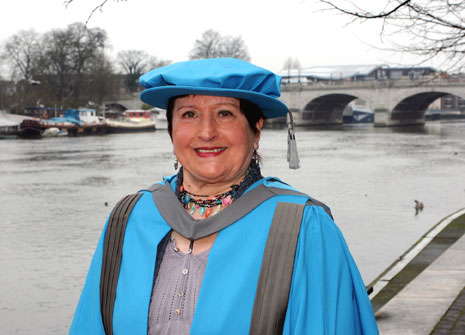 In addition to her performing career, she wrote two books, New Vocal Repertory and Vocal Repertory for the 21st Century, plus many articles for magazines. She taught at several universities, and made a study of Pierrot lunaire during her time as a Creative Arts Research Fellow at Kingston University.

Writing on the NMC Recordings website, Colin Matthews commented: 'She was a central figure in new music for well over fifty years, someone who could tackle anything and everything, with a sight-reading ability, perfection of pitch and a sheer joy in performance second to none.'