Australian composer Barrington Pheloung was born in Manly, New South Wales on 10 May 1954. He began to play the guitar at five, then discovered the music of J S Bach in his late teens, which drew him towards classical music. He moved to London in 1972, aged eighteen, and studied guitar, double bass and composition at the Chiswick Music Centre followed by composition (with John Lambert) and guitar (with John Williams and Julian Bream) at the Royal College of Music. He received his first commission for a ballet score whilst a second year student at the RCM. 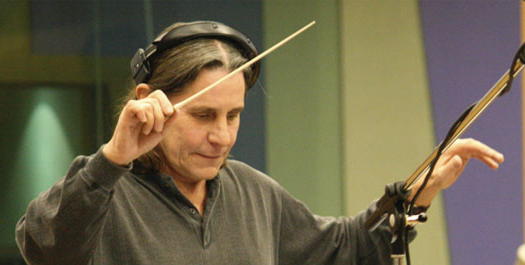 He's known mainly for his film and TV work, and in particular the TV music for Inspector Morse and various spin-off series and music for the film Hilary and Jackie (1997-8, based on the life of Jacqueline du Pré) but he also wrote concert works, including music for the twentieth birthday celebrations of the Sydney Opera House and music for the opening ceremony of the Millennium Dome in London.

His concert music also includes Tjukurpa Concerto for guitar and orchestra, first performed at the 2008 Burton Bradstock Festival by Craig Ogden and the London Festival Players, a series of string quartets, two pieces commissioned by the Associated Board of the Royal Schools of Music - The Labradors' Romp and September Sunset, and Floating Through for viols, written for Fretwork and first performed by them at the Dartington International Summer School in July 2000. He also wrote a Concerto for Double Bass (1996), commissioned by the Scottish Bass Trust and first performed in Glasgow, a Sinfonietta (1995) for the Britten Sinfonia, a Double Guitar Concerto (1995) commissioned by the Bath International Guitar Festival and a Rhapsody for Cello and String Orchestra.

Barry Pheloung died at his home in Australia, aged sixty-five, on 31 July 2019.