English guitarist and lutenist Julian Bream was born on 15 July 1933 in Battersea, London. He grew up in an unusual but musical family. His father, a commercial artist, taught him the basics of guitar playing, but he was mostly self-taught. At the Royal College of Music he studied composition and piano (because the guitar was not accepted as a serious musical instrument for classical music at that time). After the RCM he did National Service, switching from the Pay Corps to the Royal Artillery Band.

During the 1950s and 60s he took an assortment of musical jobs, including commercial film work and recording sessions for the BBC, playing background music for radio plays and films. By 1960 he had established himself as a professional guitarist and lutenist, founding the Julian Bream Consort, in which he played lute, and doing much to bring serious attention to lute music. 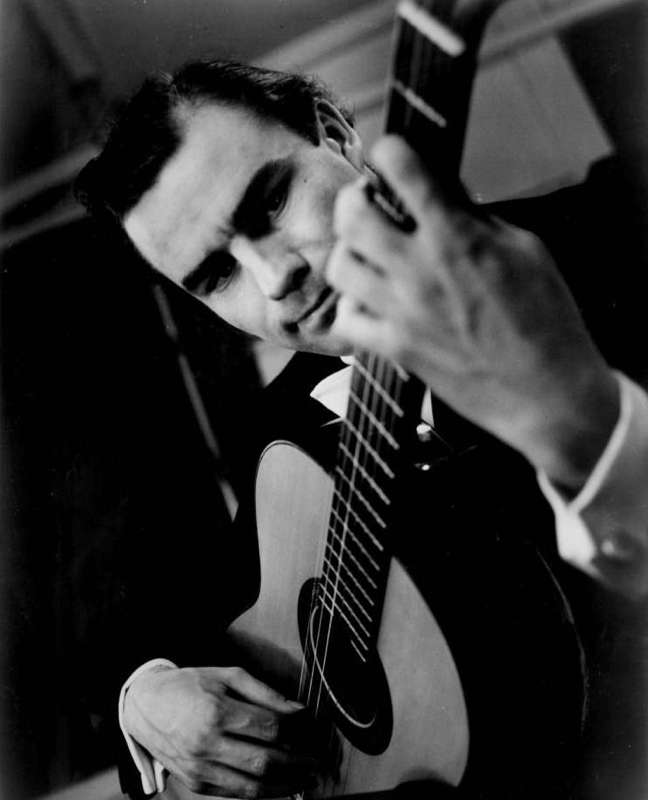 His busy career included extensive international touring, masterclasses in North America and for BBC Television and his own international summer school in Wiltshire. His recordings for RCA Victor and EMI Classics won him several awards.  He was also known for his collaborations - particularly with Peter Pears (on Elizabethan songs with lute accompaniment) and fellow guitarist John Williams.

In 1984 Bream crashed his car into a railway bridge near his home, damaging his right arm and subsequently had to re-learn how to play. Three months later he made a tour of the USA. In the same year, in Spain, he made a series of film segments for the UK's Channel 4 TV. He retired from playing in 2002 and a three-hour DVD video profile was made about him the following year.

A selection of articles about Julian Bream