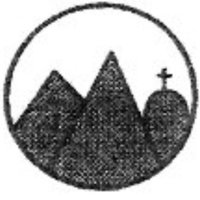 The Russian composer Nikolai Andreyevich Rimsky-Korsakov was born at Tikhvin on 18 March 1844 into an aristocratic family which did not approve of his becoming a musician. He was sent to study mathematics and navigation in St Petersburg and later joined the Russian Navy.

He took lessons in piano and composition from Feodor Kanille, who introduced him to music by Mikhail Glinka and Robert Schumann, and it was through Kanille that he met Mily Balakirev in 1861.

Balakirev encouraged Rimsky-Korsakov to compose, read and expand his knowledge, and introduced him to the other composers who, with Rimsky-Korsakov and Balakirev would become 'The Mighty Handful' or 'The Five' - César Cui, Modest Musorgsky and Alexander Borodin.

Famously, he wrote his first symphony whilst still active in the navy, and appeared on stage in naval uniform to acknowledge applause at the end of the work's first performance.

Later he became a professor of composition and orchestration at the St Petersburg Conservatory, but felt that he knew nothing and had to bluff his way through the classes. He began to study harmony and counterpoint at home so that, after a few years, he had become an excellent teacher, and is now acknowledged as a master of orchestration.

From around 1890, Rimsky Korsakov began to suffer from angina, and in 1905 he sided with conservatory students who took part in the February Revolution and was (temporarily) removed from his appointment. His work was also banned by the police. The stress from this episode accelerated his illness, and he died in Lyubensk on 21 June 1908.

A selection of articles about Nikolai Rimsky-Korsakov

Ensemble. Colourful and Inventive - A streamed performance of a wind arrangement of 'Pictures From an Exhibition' from Derby's Joseph Wright Gallery, reviewed by Mike Wheeler

CD Spotlight. Magical Repertoire - Rimsky-Korsakov's 'Kashchei the Immortal', enjoyed by Gerald Fenech. 'Do not be taken aback; the sound quality is miraculous and I enjoyed listening to this historic venture with immense pleasure.'

CD Spotlight. From Russia with Love - Musorgsky, Rimsky-Korsakov and Liadov orchestral music from Dmitry Kitajenko and the Gurzenich Orchestra, Cologne, impresses Gerald Fenech. 'Kitajenko draws some gorgeous playing from his Cologne forces, and dynamic and tempo markings are observed with fidelity. Also, orchestral textures are both warm and revealing of inner detail.'

CD Spotlight. Anything and Everything - Mainstreet Brass, enjoyed by the late Howard Smith. 'An exhilirating brass ensemble in a theatrical range of moods; you really can't go wrong.'

Ensemble. What was the Problem? - John Fulljames' visually engaging production of Rimsky-Korsakov's 'The Snow Maiden' at Opera North, reviewed by Mike Wheeler

CD Spotlight. Tension and Mystery - Rimsky-Korsakov orchestral suites, heard by Gerald Fenech. '... the music is dear to the heart of these players ...'

Ensemble. Shh ... Out! - Malcolm Miller was at the Israel Philharmonic Orchestra's 75th Anniversary Prom for an audience composition to remember ...

Ensemble. A Real Barnburner - Another report from this summer's Tanglewood Festival, by Lawrence Budmen

Ensemble. A Bright Future - Malcolm Miller was at the final night of the 2008 BBC Proms in London

CD Spotlight. Enjoyable Colours - Russian music from Stokowski, reviewed by Patric Standford. 'The recordings do not show half a century of wear ...'

Ensemble. Opera to Gogol at - Rimsky-Korsakov's 'May Night' at Garsington Opera, reviewed by Roderic Dunnett

CD Spotlight - Russia's roots. '... generally this is a recording well worth having.' The colourful world of Rimsky-Korsakov and Russian folk music, by Patric Standford