British singer, broadcaster, writer and composer Richard Graves was born in 1926. His long professional career covered a wide range of activities. He was perhaps best known as a broadcaster, especially as a regular presenter of BBC Radio Three's Mainly for Pleasure series. He also worked for a time as a BBC music producer, with responsibility for clarinettist Jack Brymer's daily At Home programmes. Richard also made innumerable radio and TV appearances as a singer of Victorian popular songs, on which he was a recognised authority. 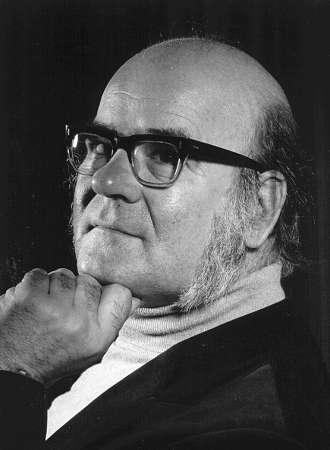 For many years he contributed widely to various music journals on a variety of subjects, including a fascinating series of nineteen articles entitled By the way, published during 1999 and 2000 in Music & Vision Magazine.

He travelled extensively as an experienced examiner and adjudicator, in the UK and abroad, and, during his last years, he divided his time between Sri Lanka, where he presented music programmes for the Sri Lanka Broadcasting Corporation, and home in Weston-super-Mare, Somerset, UK.

Composition, editing and arranging always took up much of his time. His music includes TV and radio commissions, church music, part-songs, and piano and instrumental pieces of many kinds.

'What do you think of that?'

More voices from the pit

Voices from the pit

Its strange history is explored