Simon Farrugia is a Maltese educator and an active researcher. At a very young age, his passion for music grew, particularly through his father’s formative influence. He obtained a Bachelor of Arts degree in Musicology from the University of Malta and completed a postgraduate in Music Education. Notably, he studied harmony and counterpoint with the late Professor Joseph Vella. In 2017, he completed a Master’s Degree at the School of Performing Arts (University of Malta) in Ethnomusicology.

In 2011, he produced a television series Vjaġġ Mużikali (A Musical Journey) to raise awareness in world music. He has co-authored From A Rural Haven to a Tourist Paradise, published in 2011. He regularly writes researched articles, published in local magazines, journals, and newspapers. In August 2019, he contributed to the British Association of Symphonic Bands & Wind Ensembles. 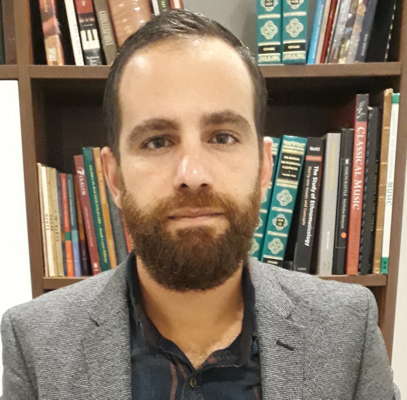 His music editions include both urtext and facsimile editions ranging from seventeenth- to nineteenth-century compositions. His research interests lie in the areas of ethnomusicology, music editions and the relationship between musicology and theology.

A snippet of a Maltese classical composer