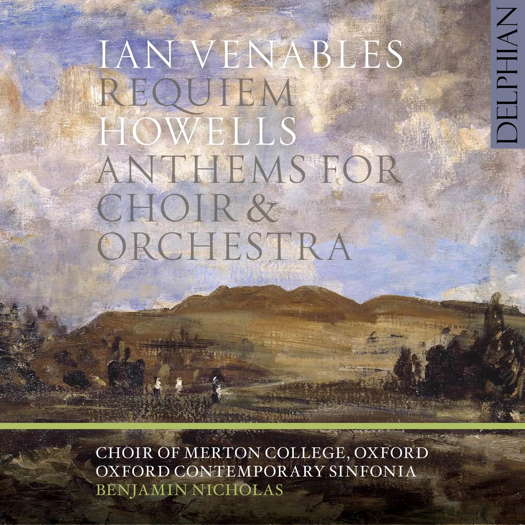 Conductor Benjamin Nicholas draws parallels between the familiar English choral sound of Howells and that of contemporary composer Ian Venables. Venables' Requiem has already been warmly received by critics in a 2020 recording with just organ accompaniment. Now, Nicholas and his Merton College choir present it in an orchestrated version made specially for this recording. The Howells items here are also premiere recordings: new instrumental accompaniments to two of his Four Anthems, in arrangements by Howells scholars Howard Eckdahl and Jonathan Clinch, illuminate and intensify his rich choral writing like back-lighting on a stained-glass window, and they are complemented by the first recording of Howells' original orchestration of The House of the Mind – a chance to hear one of his major underperformed works, introspective yet dramatic.