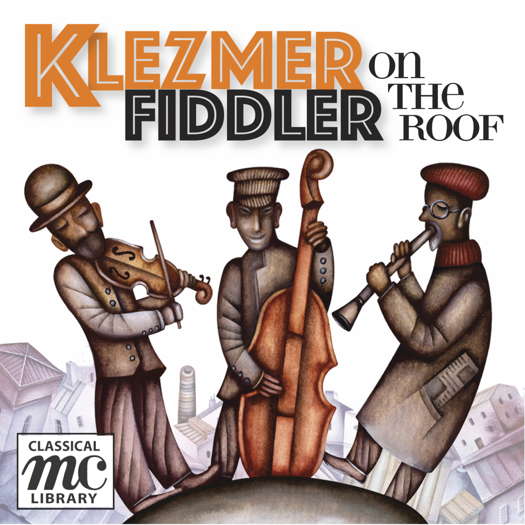 Klezmer Fiddler on the Roof

Klezmer Fiddler on the Roof - lyrics by Sheldon Harnick

Vocal version
1 Tradition
2 Matchmaker
3 If I Were a Rich Man
4 Sabbath Prayer
5 To Life
6 Tevye's Monologue
7 Miracle of Miracles
8 Tevye's Dream
9 Sunrise, Sunset
10 Now I Have Everything
11 Tevye's Rebuttal
12 Do You Love Me
13 The Rumor
14 Far From the Home I Love
15 Chavaleh
16 Anatevka

Musical Concepts is excited to release Klezmer Fiddler on the Roof! Set in Eastern Russian in 1905, Fiddler on the Roof has been played by an orchestra of various sizes – but if you lived in the village of Anatevka, you would have been listening to a small group of musicians known as Klezmorim who played what we call today traditional Yiddish music. Producer Stephen Pearl re-orchestrated and recorded a version of Fiddler on The Roof with a Klezmer Band for his Stage Stars label, which features original and unique releases of major Broadway musicals of the present and past in two-disc sets - one with singers, and the other an orchestral disc that aspiring artists and fans of theater music can sing along to. This release also features the instrumental-only 'karaoke' program, which brings a new dimension to the music of this Broadway classic.