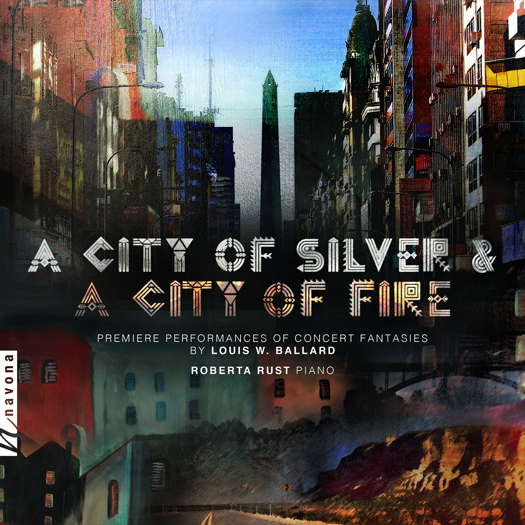 A City of Silver & A City of Fire

1 A City of Silver

This recording marked a monumental moment for classical music as Carnegie Hall's first presentation of music by an American Indian composer performed by an American Indian artist. Written in celebration of two cities close to the composer's heart, these works by Louis W Ballard come with a generous helping of intricate musical narratives and sentimental tones that speak clearly and thoughtfully through Roberta Rust's performance. Originally recorded in 1984, these pieces honor the late composer and spirit of those to whom they're dedicated in this live recording.