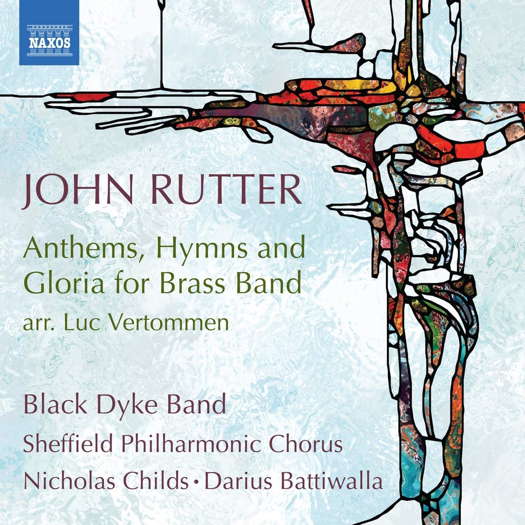 'Stirringly performed and conducted, this is music whose melodies and harmonies fit perfectly with the sound of a brass band ...'

Born in London in 1945, John Rutter was educated at Highgate School in North London. When still young, Rutter had the distinction of singing in the first recording of Britten's War Requiem under the composer's baton as a boy soprano. Soon after, he started to read music at Clare College, Cambridge, where he formed part of the choir and served as director of music from 1975 to 1979. In 1981 the composer founded his own choir, the Cambridge Singers, an ensemble which he conducts and with which he made many recordings.

During his career Rutter has been the recipient of many accolades, the most important being the Honorary Fellowship of Westminster Choir College, Princeton (1980) and a Fellowship of the Guild of Church Musicians (1988). In 1996 the Archbishop of Canterbury conferred a Lambeth Doctorate of Music in recognition of his immense contribution to church music.

Rutter also works as an arranger and editor and collaborated closely with Sir David Willcocks on the successful Carols for Choirs anthology series. Rutter's music is eclectic and shows influences of the English and French choral traditions of the early twentieth century, as well as influences from light music and American classic songwriting. Almost every choral hymn and anthem has an orchestral accompaniment in a more colourful form in addition to the standard organ or piano accompaniment. Indeed, church music has played a vital part in John Rutter's artistic life, and most of his sacred music, which is aplenty, has been written to commissions with the explicit intention of being used in church services.

The programme on this wonderful CD covers a period of thirty-seven years (1974-2011), and yet the music remains as fresh and imaginative as if all these pieces were written just yesterday. The main item in this collection is the 1974 Gloria, Rutter's first great international success. The work was commissioned by the 'Voices of Mel Olsen' in Omaha, Nebraska, who invited the composer to conduct the premiere on 5 May 1974. The piece, with its ethereal quality and moments of exhilaration, was an instant success, and it established Rutter's name on the international stage.

Two other popular works are also highlighted: 'Pie Jesu' from the Requiem (1985) and 'This is the Day', composed for the wedding of Prince William and Kate Middleton in 2011.

All the pieces are world premiere recordings in these exceptional arrangements for Brass Band and Chorus by Luc Vertommen, which add to the fascination of this highly attractive issue. Stirringly performed and conducted, this is music whose melodies and harmonies fit perfectly with the sound of a brass band, and with Rutter at his choral best, one could not spend a more pleasant hour than with this humble yet captivating composer.

Just sit back and forget the topsy-turvy world we live in. After all there is something good to uplift us and this is the music of John Rutter. Essay and sonics are first-rate.

The background image on this page has been derived from a photo from circa 1870 of Great St Mary's Church, Cambridge, UK.