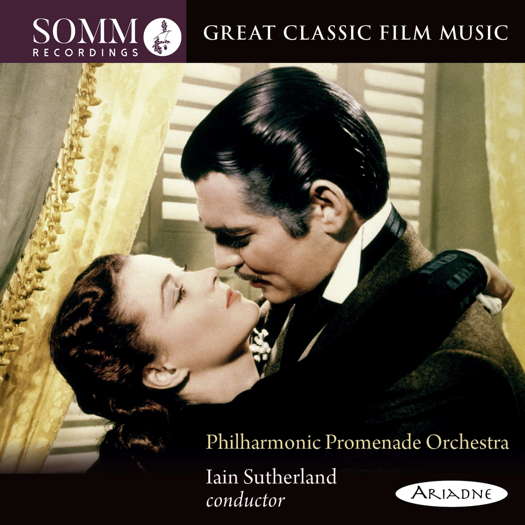 'A veritable treasure-trove of smashing film tunes that take you down memory lane, when going to the cinema was the weekend's event.'

For lovers of film music it might come as a surprise to know that the pioneer of this genre was one of France's greatest nineteenth century Romantic composers: Camille Saint-Saëns. Indeed, the first such music to be heard was during the first public showing of moving pictures developed by the Lumiere brothers in Paris in December 1895. The film was a dramatic historical production, L'Assassinat du duc de Guise, and the music that Saint-Saëns wrote inaugurated a genre that by the late 1920s truly came into its own, more so after the first talking picture of 1927, The Jazz Singer. During the last ninety-plus years film music has grown into an indispensable medium of cinematography, and during this near-century a huge amount of composers have devoted much of their artistic talents to writing monumental scores that have even become concert repertoire.

This enjoyable issue encapsulates selections from thirteen different films dating from different decades and with a variety of subjects. Here is the menu: Star Wars, Gone with the Wind, The Adventures of Robin Hood, Henry V, E T, Escape Me Never, 633 Squadron, Love Story, The Big Country, Alexander Nevsky, Close Encounters of the Third Kind, Mayerling and The First of the Few.

What about the composers? Well, there are nine of them but they can be split into two groups. One, the purely film score writers such as John Williams, Max Steiner, Ron Goodwin, Francis Lai and Jerome Moross.

A veritable treasure-trove of smashing film tunes that take you down memory lane, when going to the cinema was the weekend's event. Highly enjoyable, plus some excellent information thrown in for good measure.

The background image on this page is derived from a screenshot from the 1938 film Alexander Nevsky depicting monks from the Teutonic Order preparing to hang a resistance leader in the captured city of Pskov in 1241.