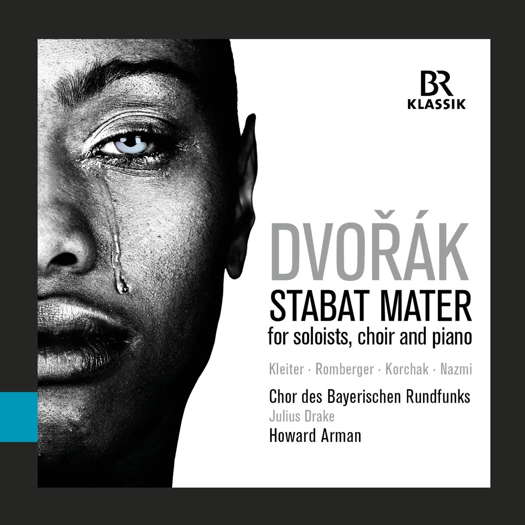 '... this latest undertaking has excellence written all over it.'

Born in 1841 in the remote village of Nelahozeves, Antonín Dvořák was of humble stock. His father was a butcher and his childhood years were anything but easy, but he was a bright boy and a fast learner. Very early in his youth he displayed his talents for music, but success came only in the mid 1870s when he was still struggling to make a decent living. He had a most wondrous gift for melody and his output, which includes all genres, is overtly abundant with some of the most familiar tunes ever composed. His sacred music, in particular, is deeply profound and captivating in its uplifting moods; no surprise here, as Dvořák was a devout Catholic and used to go to church nearly every day. His sacred works include some memorable pieces such as the Requiem, the Mass in D, a Te Deum, the Biblical Songs and an oratorio, Saint Ludmilla, unjustly neglected. Still the peach of this genre will always remain the Stabat Mater, in my most humble opinion, the greatest such work in the history of music.

For the composer, this work was brought about by personal tragedies of almost incomprehensible proportions when he lost his first three children over a period of three years. The Stabat Mater is based on an ancient Catholic poem that tells of the Virgin Mary's grief over the death of her crucified Jesus as she stands under his cross. In 1875, Dvořák's young daughter Josefa died only two days old, and the grieving composer began work on the 'Stabat Mater' as a means of coping with his child's death. The sadness which Dvořák instilled in the piece was compounded on 13 August 1877 when eleven-month-old Růžena accidentally drank a phosphorus solution and died. Less than one month later, on 8 September, three-year old Otakar died of smallpox. At this stage, the composer's only means of emotional survival was by immersing himself in his Stabat Mater, which he completed on 13 November 1877. This latter version is for soloists, chorus and full orchestra, and includes all eleven verses. The first version, which is the one under review, included only seven verses, and was composed for four soloists, chorus and piano, giving it a more intimate and saddened feel than the later one.

Recordings of this 1876 version are at a premium, but this latest undertaking has excellence written all over it. The performance is phenomenal and the emotional gravitas of a grieving mother and father is conveyed with an almost unbearable sense of loss.

A moving, inspiring and very well-made issue in clean sound quality and with informative annotations.

The background image on this page is derived from the 1873 painting Crucifixion by Russian artist and teacher Evgraf Semenovich Sorokin (1821-1892).