American composer, cellist and arranger Alan Shulman was born in Baltimore on 4 June 1915.  His early studies were with Bart Wirtz (cello) and Louis Cheslock (harmony) at the Peabody Conservatory. In 1928 the family moved to Brooklyn where Alan played in the National Orchestral Association under Leon Barzin. He received a New York Philharmonic Scholarship, studying cello with Joseph Emonts and harmony with Winthrop Sargent. From 1932 he attended the Juilliard School where he was a fellowship student, studying cello with Felix Salmond and composition with Bernard Wagenaar. He joined Local 802, American Federation of Musicians, in 1931.

From 1935-38 Alan Shulman was cellist of the Kreiner String Quartet. In 1938, with his brother Sylvan, a violinist, they founded the Stuyvesant String Quartet which became noted during the 1940s and 50s for its performances and recordings of the contemporary quartets of Bloch, Prokofiev, Shostakovich, Malipiero, Hindemith and Kreisler, amongst others. The quartet gave the American première of the Shostakovich Piano Quintet and recorded it for Columbia Records.

Alan Shulman was a charter member of the NBC Symphony Orchestra under Arturo Toscanini in 1937-42, serving in the US Maritime Service 1942-45, and then rejoining NBC from 1948-54. During the 1930s and 40s he was also active as an arranger for Leo Reisman, Andre Kostalanetz, Arthur Fiedler and Wilfred Pelletier's Metropolitan Opera Auditions of the Air. Whilst in the service he taught orchestration to Nelson Riddle who went on to make celebrated arrangements for Frank Sinatra, Ella Fitzgerald and Nat 'King' Cole. He arranged five cross-over albums for soprano Risë Stevens for Columbia Records during 1945-47.

Shulman's first successful composition was Theme and Variations for Viola and Orchestra which received its première over NBC in 1941 with Emanuel Vardi as soloist. Chicago Symphony principal Milton Preves played the work often, and it is in the repertoire of most American viola soloists. His Suite on American Folk Songs was premièred at Carnegie Hall in 1944 by violinist Eudice Shapiro with pianist Vivian Rivkin. Jascha Heifetz performed and recorded Cod Liver 'Ile from the Suite.

Shulman's Pastorale and Dance was first played by his brother Sylvan Shulman over ABC in 1944 and was performed by Oscar Shumsky with the Baltimore Symphony in 1947.

Shulman joined ASCAP in 1948. He wrote music for James Thurber's Many Moons for Columbia Young People's Records (1947), for radio and for motion pictures, including the RKO feature The Tattooed Stranger (1950).

Milton Katims conducted the première of Waltzes for Orchestra with the NBC Symphony at Carnegie Hall in 1949. Threnody was premièred by the NBC String Quartet in 1950 and Rendezvous, written for Benny Goodman, was recorded by Artie Shaw with the New Music Quartet for Columbia in 1949. Leonard Rose premiered Shulman's Concerto for Violoncello and Orchestra with the New York Philharmonic under Dimitri Mitropoulos in 1950. Guido Cantelli conducted the first performance of A Laurentian Overture (dedicated to Talullah Bankhead) with the Philharmonic at Carnegie Hall in 1952. Olin Downes in the New York Times called it 'boldly and mischievously made'.

In the 1950s, Shulman wrote popular songs with entertainer Steve Allen and arranged for Skitch Henderson, Raoul Poliakin and Felix Slatkin. During the 1960s and 70s, Shulman was busy in the recording and television studios, and composed teaching material. He taught cello at Sarah Lawrence College, Juilliard, SUNY-Purchase, Johnson State College (VT) and the University of Maine. In the 1980s his health declined and he retired in 1987. 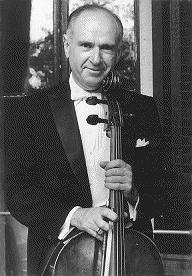 Alan Shulman was made a Chevalier du Violoncelle by the Eva Janzer Cello Center at Indiana Unversity in 1997. He is survived by his sons Jay, a cellist, and Marc, a guitarist; and daughters Laurie, a musicologist, and Lisa. His works are published by Chappell/Warner, Piedmont/Presser, Shawnee/Schirmer, Sam Fox and Tatra/Jamax. Bridge Records released an all-Shulman CD, The Music of Alan Shulman (9119), in 2002.