Greek composer and political activist Mikis Theodorakis was born on the island of Chios on 29 July 1925. He experienced Greek folk music and the Byzantine liturgy when very young, and decided to become a composer, teaching himself to write songs without access to any instruments.

As a young adult, fighting during the Greek Civil War, he was arrested, deported, tortured and buried alive twice.  He studied intermittently at the Athens Conservatoire, when not jailed, exiled or in hiding.   In Crete he became head of the Chania Music School and founded an orchestra.  Later he studied analysis with Olivier Messiaen and conducting with Eugene Bigot at the Paris Conservatoire, living in Paris from 1954 until 1959.

During this period his orchestral music began to receive international acclaim, and he won the Gold Medal in the 1957 Moscow Music Festival. His ballet Antigone was successful at Covent Garden in London in 1959, and he began writing film music.

He returned to Greece in 1960 and contributed to a cultural revolution there, beginning with his song cycle Epitaphios, and mixing classical orchestral music with popular Greek songs and instruments.  He also founded the Lambrakis Democratic Youth movement which became the country's greatest political force, and he became a left-wing member of the Greek Parliament.  In 1964 he wrote the music for the film Zorba the Greek by Michael Cacoyiannis, the main theme of which was inspired by traditional Cretan dances.

During the Greek dictatorship he went underground, founding the 'Patriotic Front', but he was arrested and jailed, then banished and interred in a concentration camp.  Eventually, under pressure from international figures such as Bernstein and Shostakovich, he was allowed into exile, leaving for Paris in 1970. 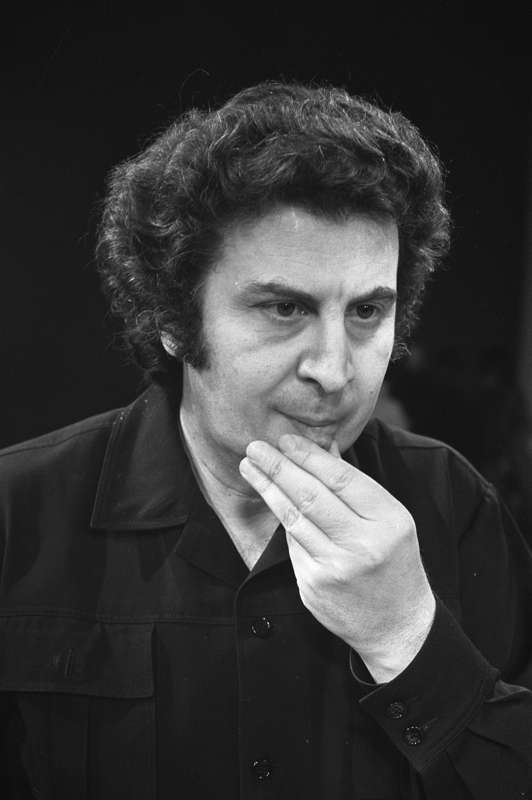 Campaigning and touring internationally to end the dictatorship, he returned to Greece in 1974 to an active political life. He also continued to compose - song cycles and symphonic music - and later wrote three operas.

In 2019 he was hospitalised with heart problems, and had a pacemaker fitted.  He died on 2 September 2021, aged ninety-six, from cardiopulmonary arrest.

A selection of articles about Mikis Theodorakis

Ensemble. Open-air Performance - A triptych of ballet on tour, with dancing in the monumental Roman ruins, experienced by Giuseppe Pennisi