German coloratura soprano and teacher Ruth-Margret Pütz was born Margret Doerkes in Krefeld-Uerdingen on 26 February 1930. She studied with baritone Berthold Pütz then began working at Cologne Opera in 1949, aged eighteen, where she made her debut as the Page in Verdi's Rigoletto, and appeared in Albert Lortzing's Der Wildschütz oder Die Stimme der Natur and Eugen d'Albert's Tiefland.

From 1951 until 1957 she worked at Staatsoper Hannover, singing a variety of operatic roles, and then from 1957 began working with Stuttgart Opera, and from 1958 until 1970 with Vienna State Opera.

She also sang in concerts, and made recordings, including several complete operas. She also recorded Mozart's Requiem in 1968 with Sergiu Celibidache, Julia Hamari, Henrick Gritchnik, Ernst Gerold Schramm and the RAI National Symphony Orchestra and Chorus.

She taught at Musikhochschule Trossingen from 1989 until 1992.

Ruth-Margret Pütz retired from the stage in the 1994/95 season. She died in Stuttgart on 1 April 2019, aged eighty-nine. 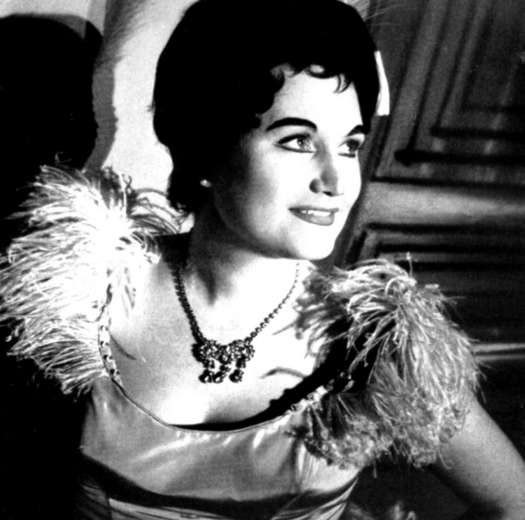 A selection of articles about Ruth-Margret Pütz