SPONSORED: The Many Hats of Allan Rae - A Birthday Greeting, by Endre Anaru.
All sponsored features >>

American composer Karl Richard Korte was born in Ossining, New York on 23 June 1928 and grew up in New Jersey, where he was first exposed to serious music by his sculptor father. He played trumpet in the US First Army Band, then studied at Juilliard with William Bergsma, Peter Mennin and Vincent Persichetti. Later, his composition teachers were Aaron Copland, Otto Luening and Goffredo Petrassi.

His music, for electroacoustic ensembles, chamber groups, orchestras and choirs, has a wide scope and variety that makes it difficult to classify, but is influenced by the classical/Romantic tradition, Spanish folk music, serialism and mid-twentieth century avant-garde conceptualism.

His 1971 Remembrances for flute and synthesised processed sound was one of the first of several compositions combining live performers with recorded sounds, in which Korte was interested in blurring the distinctions between the live and recorded aspects of the performance. 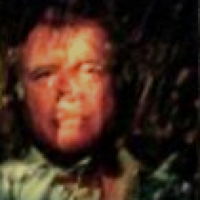 In 2002 his Blake settings Four Songs of Experience (SSA and piano) and Holy Thursday (SATB and piano) were both awarded Top Honours in the international Waging Peace Through Singing competition.

He received a MacDowell Fellowship (1958), Guggenheim Fellowships in 1959 and 1970, Fulbright Awards allowing him to travel to Italy and New Zealand, and second prize in Belgium's Queen Elisabeth Music Competition in 1969.