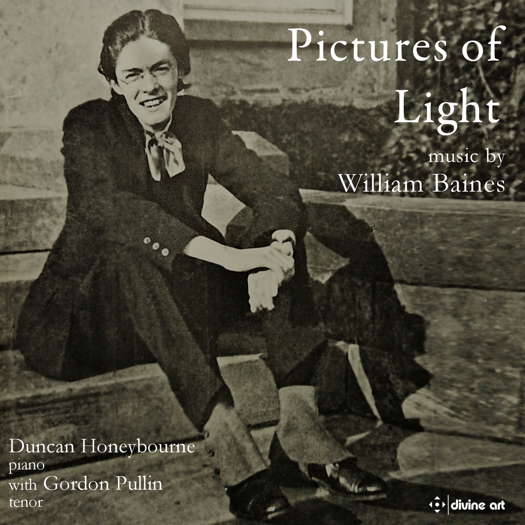 9 The Island of the Fay

26 At the Grave of William Baines

William Baines is one of those exceptionally gifted composers whose music still remains little known to the general music-loving public. Deeply rooted in Nature, it shows influences from Debussy, Scriabin, Chopin, Liszt and Ravel and has totally assimilated those exemplars into truly mature and distinguished works all his own. This album includes a number of impressionist piano solos and also the first recording (and first performance) of the Five Songs, presented by veteran tenor Gordon Pullin, who has long been associated with the music of Baines. Duncan Honeybourne has become one of the most sought after of British pianists with a sparkling discography and is totally at home in this picturesque music. This album is produced also in memory of Baines on the centenary of his death. The album concludes with At the Grave of William Baines by fellow Yorkshireman Robin Walker – a fitting tribute by a living composer with similar abilities to draw inspiration from the world around him.