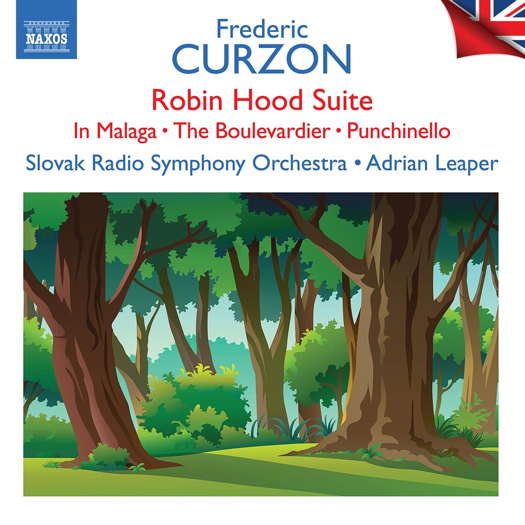 Frederic Curzon started his career as a virtuoso organist, touring countless British theatres and concert venues. From 1938 he devoted himself to composition, creating a catalogue of works that is truly astonishing for its size and scope. This recording reveals Curzon's fascination with Spain, and also features orchestral showpieces and evocations of cultured gentility, from the swagger of The Boulevardier to the wistful nostalgia of Simonetta. The Robin Hood Suite represents Curzon at the height of his melodic inspiration. As one affectionate obituary stated, 'he was a classic among English light music composers'.