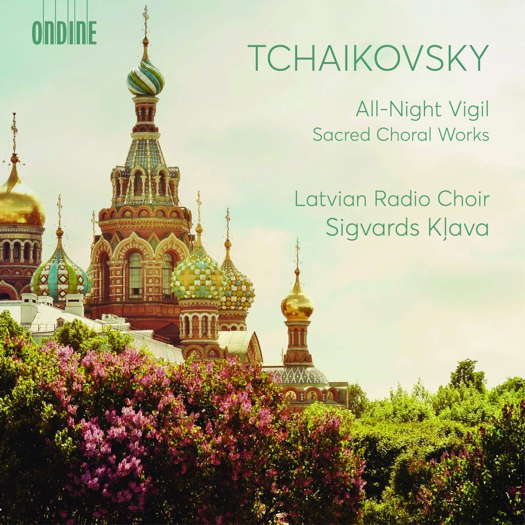 The Para-Liturgical Art of Tchaikovsky

'... the score's full range is captured sharply and sensitively, bringing out the true colors as well as the pure and attractive sound of choral liturgical music.'

This CD takes the listener on a journey throughout the time in the life of one of the most important Russian composers of the Romantic period - Pyotr Ilyich Tchaikovsky. His output in the Russian tradition of orchestral music and operas unduly overshadows his major contributions to the church music repertoire. As the first Russian composer whose music made a lasting impression internationally, often criticized for his cosmopolitan spirit, Tchaikovsky also took part in the development of Russian sacred music that has a centuries-long history and tradition stuck deep in the souls of this nation. Although Tchaikovsky confessed that he had 'long lost faith in the dogmas', he was also a regular church-goer. Inspired by Znamenny, Kievan and Greek chant, Tchaikovsky carefully studied the tradition of musical practice in the Russian Orthodox Church for a long time.

The composer's work is being described as para-liturgical, meaning that he harmonized the major proportion of the unchanging and some of the changeable liturgical hymns. In his compositional process, some of the authentic church melodies were left intact, following the boundaries of strict style, avoiding chromaticisms and using limited dissonances. On the other hand, other melodies had certain insignificant deviations, departing from following the chant exactly, guided by his own musical instinct. The term 'para-liturgical' is used to denote the relationship between publicly liturgical and privately devotional art. At one extreme is the icon, in many respects not a work of art at all, but a sacrament. At the other extreme are works of art ostensibly presented as exhibits for aesthetic appreciation. One such possibility for para-liturgical art, fulfilling art's sacramental potential and its broader dimension, was Tchaikovsky's choral work.

In 2020 the Latvian Radio Choir with its director since 1992 - conductor Sigvards Klava - was presenting already a second album - the first was Tchaikovsky's Liturgy of St John Chrysostom - with sacral works for choir, this time presenting very rarely performed pieces - Tchaikovsky's smaller works, miniatures dating from the 1880s, such as the All-Night Vigil, Hymn in Honor of Saints Cyril and Methodius, A Legend, Jurists' Song and The Angel Cried Out. It feels like these pieces bring out the best in the Latvian Radio Choir singers, as they propose their most nuanced, sophisticated and balanced recording yet.

The most important element in their interpretation is a search of authentic practices in Russian Orthodox Church music performance. It is all too well known that most of such types of recordings are out of style with individual soloing and overbearing expression, adding too much vibrato together with passionate dynamics. Even compared with their first recording, the performance here is lighter, less imposing, less extreme. On the album, the score's full range is captured sharply and sensitively, bringing out the true colors as well as the pure and attractive sound of choral liturgical music.

Performed in a concert setting, the All-Night Vigil Op 52 for mixed choir, also known as the Vespers Service, according to Tchaikovsky himself was 'an essay in the harmonization of liturgical chants'.

The composer, describing his work in letters, also mentions that he is occupying himself with the study of ancient church hymns transcribing them for a four-part chorus. In the All-Night Vigil he is coming to grips with the style established by Bortnyansky 'and many others', trying to 'contribute towards the sobering up of church music, which has been distorted by the untalented and banal editions of the [Imperial] Chapel'.

Simple narrow melodic lines and equirhythmic and homogenous textures paint an atmosphere of deep contemplation that the choir is able to express.

The four other short works that follow the All-Night Vigil are far less familiar. The Hymn in Honour of Saints Cyril and Methodius was written by Tchaikovsky as part of the commemorations of the one thousandth anniversary of the death of Saint Methodius. The composition of this piece in Tchaikovsky's words was a 'torment of six hours'. He based the theme on an old Slavic melody, light and easy on the ear. A Legend is another miniature, originally coming from the collection Sixteen Songs for Children. A simple song from spiritual literature is both sweet and profound. It could be familiar to Anglophone audiences, having found fame in an English-language adaptation as The Crown of Roses.

Jurists' Song was originally a cantata, but the composer rewrote it as a simple song to be sung at the dinner by the alumni. The piece was dedicated to the fiftieth anniversary of the founding of the Imperial School of Jurisprudence in St Petersburg, where Tchaikovsky had studied himself. The last piece is one on which the composer played a significant role - The Angel Cried Out. He took the text from a beautiful traditional Russian Orthodox Eastern hymn, building on it music of moderate pacing and quiet yet joyful energy. This is Tchaikovsky's final choral work.

Some Russians felt that this composer wasn't sufficiently representative of native musical values, but this set proves the opposite - Tchaikovsky's deep love for his roots, both ecclesiastical and secular. It's no surprise that his choral works were enjoyed as a natural part of the human spirits for the charge, power and beauty of its music. In this way, the Latvian Radio Choir finishes recording Tchaikovsky's complete sacred choral works.

Knowing the international positive acclaim most of the choir's recordings of this collective receive, this CD seems to be another success, inspiring us to take notice of Tchaikovsky's versatile musical genius.

The background image on this page has been derived from a 2009 photo of the Cathedral of Christ the Saviour in Moscow, Russia.