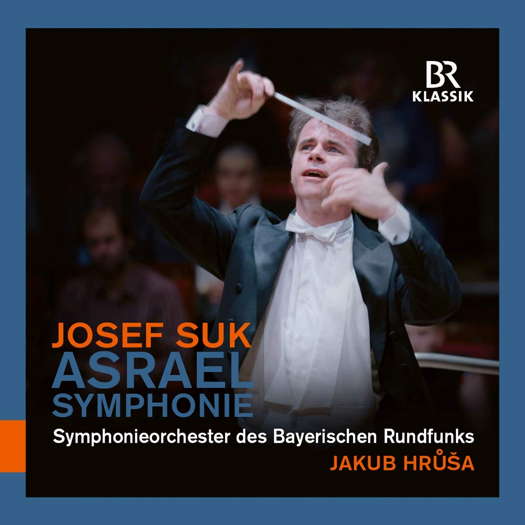 '... Jakob Hrůša gives a compelling rendition that is intense, profound and consistently electrifying.'

Josef Suk (1874-1935) is one of the most important composers to come out of Bohemia - now part of the Czech Republic. He is admired for the originality of his music but, even more, as a vital music-historical link between his teacher Antonín Dvořák - Czech Late Romanticism - and his pupil Bohuslav Martinů - Czech Modernism.

Suk was born in a peaceful and simple village, Křečovice, and his first teacher was his father, a church musician, who quickly instilled a great passion for music in the young Josef. Indeed, he soon learned to play the violin quite brilliantly, and, aged eleven, he entered the Conservatory in Prague. In 1892 he founded the Bohemian String Quartet with whom he travelled the whole of Europe. By 1898 Suk was a household name, and his violin playing was renowned not only for its brilliance but also for its luscious sound quality. In that same year his connection with Dvořák intensified when he married the composer's daughter Otilie.

Suk began the Asrael Symphony in 1904, soon after Dvořák's death on 1 May, but the sudden death of his wife one year later, aged just twenty-seven, gave its content a new direction. Indeed the work is dedicated to both his wife and father-in-law. The title 'Asrael' refers to the angel of death from Islamic-Persian mythology, a mysterious companion of the eternal soul from this world to the next. By naming his work after this fearsome figure, Suk had consciously embraced the tradition of a 'fate symphony', and Asrael does have a 'fate motif' which appears at the very beginning, and keeps wandering all through the piece.

The symphony is in two parts; the first three movements are in memory of Dvořák; the last two consist of, first, an outpouring of love for his beloved Otilie, and the final fifth, an 'Allegro appassionato' signifying the anguish Suk went through at losing so early in life the two persons he loved most.

The final bars, describing 'Asrael' hovering serenely over the grave of one resting in peace, are mesmerizing in their spiritual impact and acceptance of human mortality.

This is more than just great music; it is a journey of an anguished soul yearning for that redemption which can only be attained through the embracing of that eschatological truth to which all mankind is called. Compatriot Jakob Hrůša gives a compelling rendition that is intense, profound and consistently electrifying. I dare say, he is a musical Virgil, leading his listeners from the depths of sorrow to the peak of joy. Memorable - staggering - inspiring.

The background image on this page is derived from a photograph of the covered full moon in England, late at night on 7 April 2020, by Keith Bramich.