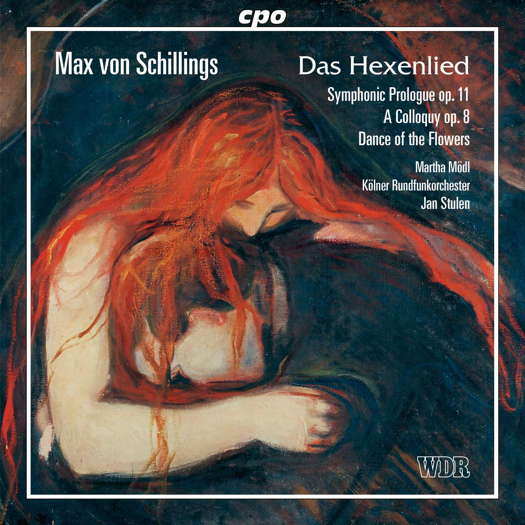 When Max von Schillings died in Berlin on 24 July 1933 aged sixty-five, it was the demise of a true German musician who was held in high esteem. One of his most famous pupils was Wilhelm Furtwängler, and this is what the great conductor had to say on his teacher: 'He was one of the very few representative composers of that epoch, a musician with a special sense for culture and tradition.' Indeed, von Schillings was regarded as Wagner's most important successor and continuator next to Richard Strauss and Pfitzner, and all this perfectly delineates Schillings' place in music history with all its strengths and weaknesses. During his career the composer nurtured a lifelong friendship with Richard Strauss and, despite some personality differences, this bond continued even after their years together in Munich, and each lent energetic support and advice on the other's work.

This excellent issue includes four rare pieces, as indeed are most of Schillings' works, three of which were composed over a period of just five years (1897-1902). Premiered in 1897 and praised by Richard Strauss, A Colloquy for Violin, Cello and Small Orchestra, Op 8, is based on a poem by the composer himself, and although short in duration, its message of domestic bliss and paternal joy comes through with utter conviction.

Premiered on 14 April 1900, the 'Symphonic Prologue to King Oedipus', Op 2, was the result of a commission by the Society of Literature and Arts in Berlin. In keeping with the dark tragedy of the protagonist who kills his father, marries his mother and is finally blinded, the music is overtly dramatic throughout and many an intense passage remind one of Liszt's symphonic poems. The quiet conclusion is something unexpected, but gives the piece a tonal magnificence and succinctness of design that are the hallmarks of the composer's power of description.

Premiered in 1902, the melodrama for speaker and orchestra, The Witch's Song, Op 15, was one of Schillings' greatest hits. Based on a ballad by Ernst von Wildenbruch, the work brings out all the composer's noble manner of orchestral tone-paintings and, despite the fantastic content of the story, the music combines colour with discreetness and leitmotivic connection with formal perfection.

After years of silence, Schillings published Dance of the Flowers, a 1930 work for small orchestra and no opus number. This short composition is light and breezy, harking back to the composer's juvenilia with Mendelssohnian overtones.

A very fine addition to CPO's ongoing advocacy of Schillings' oeuvre in detailed notes and exemplary sonics. Looking forward to the next helping.

The background image on this page is derived from the 1916 gouache artwork Hexenritt (Witch Ride) by German painter Christian Rohlfs (1849-1938).