French coloratura soprano Mady Mesplé was born Magdeleine Mesplé in Toulouse on 7 March 1931, studying piano and voice at the conservatoire in the same city, and then studying in Paris with Janine Micheau.

She made her professional debut in January 1953 as Lakmé in Liège. She also sang Lakmé at La Monnaie the following year, and would go on to sing this role about 145 times. She appeared at the Aix-en-Provence Festival in 1956, and at Palais Garnier in 1958. Two years later, she took over from Joan Sutherland in Lucia di Lammermoor. 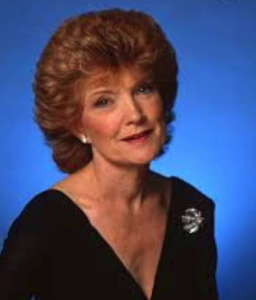 During a career lasting over thirty years, she sang at the Bolshoi Theatre, at Covent Garden, at New York Metropolitan Opera and at Teatro Colón.

She retired from the opera stage in 1985 and taught at the Conservatoire in Lyon and at the École Normale de Musique de Paris. She gave masterclasses and judged voice competitions internationally.

Mady Mesplé was diagnosed with Parkinsons Disease in 1996. She died in Toulouse on 30 May 2020, aged eighty-nine.

She left an extensive recorded legacy, covering a wide range of music. To mark her eightieth birthday in 2011, EMI Classics released a special edition box set. Both in France and worldwide she was really celebrated: a minor planet or asteroid (No 33344) was named after her. In 2019, at the anniversary celebrations of the opening of the Eiffel Tower in Paris, Mesplé's recording of 'air des clochettes' (Air of the Bells) from Lakmé was played during the firework display.

A selection of articles about Mady Mesplé